As we begin at new year with a blank page, let’s talk about one of radio challenges it faces in 2022.  Sonic SUCK!

Lee Abrams and I have often rifted on great radio experiences and formats like ‘SuperStars Radio’and the original Sirius XM formats.

What made these format great was not just the content or the music but, the cinematic production that captured the imagination.

I’m talking about re-stimulating the ear and brain with cinematic sound. Forget the actual content itself for a second…I’m referring to what frames it.

Radio SHOULD own sound, but it doesn’t. Here’s some examples:

Oldies station production that sounds 2022, not true to the era…lack of bites from the era and lack of authenticity.

Slogans or statements that are featherweight.  They may look right in the focus groups, however, are created by radio guys with little word power or creative talent. IE ‘Best Music Variety’..’All HIT Music’. ‘90’s to now’ ‘Hits of the 70’s, 80’s and 90’s’  I think you all know this but are afraid to step outside your formatic comfort zone. This sameness is killing TSL.  It’s boring!  It’s time to change it up.

Or how about, promos clogged and cluttered with so much “sonic stuff” so you can’t understand the verbal message.  Promos on steroids!
Also, there’s the direction and vibe of your station that’s completely out of sync with the target audience. A bad sound track would kill a great movie!  Your bad imaging, cluttered promo messaging may be killing your radio station right now!

Another problem are promos with NO closing statements and with sonics left hanging…no hooks!

Weak “impersonations” and specialty voice work is another area of concern.  The late John Candy and I used to talk about this all the time in his ‘Second City’ comedy days when I was PD at Q107 Toronto.  John was a master of creating vibrant characters that were memorable.  Finding specialist voice talents like this is what Radio needs to do again only for another generation. They’re out there working for nothing in Yuk Yuk’s and comedy clubs everywhere. I’d be knocking on those talent doors right not to get some unique voices.

Most stations have a great production Tool Box but are not using all of the sonic tools available. Over-reliance on certain tools that create a sameness.  Time pressures add to this major problem for todays producers. Many good commercial producers are asked to do imaging.  These are two specialty areas for radio.  Very few producers can handle both. Let’s take a very close look at some of the major issues.

Not THINKING deep enough is an issue for radio. Details often missing. Sometimes creative is rushed in todays’ multi-tasked radio world. It shouldn’t be that way.

Some of the reasons sound is a throwaway includes a disconnect between the product and the person creating sound for the product. PD’s not being IN THE STUDIO WORKING WITH THE PRODUCER is where most creative production fails! Great sound and vision doesn’t happen through osmosis. You got to get in there and teach the producers every nuance about the format…the target…etc…so they understand it…feel it…visualize it. Autopilot production will result in autopilot sound. Or, buying production packages that offer the same old sonics. How disconnected can you get… when everyone is buying the same package.

Picture a timeless recording being made.  Thinking like artists.  The Beatles spent hours with George Martin (their producer) explaining the ‘concept’ behind songs.  Then, George did his magic.  With every artist and producer, there’s a dialogue, a bond or connection.  Radio needs to focus on this more to achieve a great sonic landscape!

Can you imagine telling a cast of a movie you’re directing to ‘GO FOR IT’. No!!  A great director is directly every nuance of the script (format).  Every background noise, every line and every colour is conveyed to the talent and production team.

There’s many great creative producers starved for direction.  There’s many good PD’s who have never developed these sonic production skills. Some are stretched and doing too many other things.  Time to take stock of what really matters.  The goal is to create radio that sounds great and makes you want to stay longer to hear more.

One of Radio’s New Years resolution should be ‘No more Sonic SUCK in 2022’.  Radio is fighting to remain relevant.  This article is your call to action! 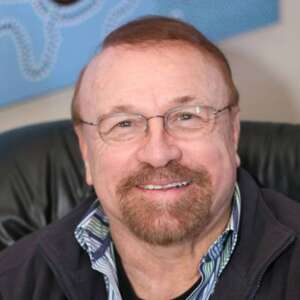 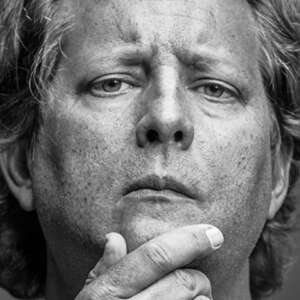