The REAL Truth About Radio 2022 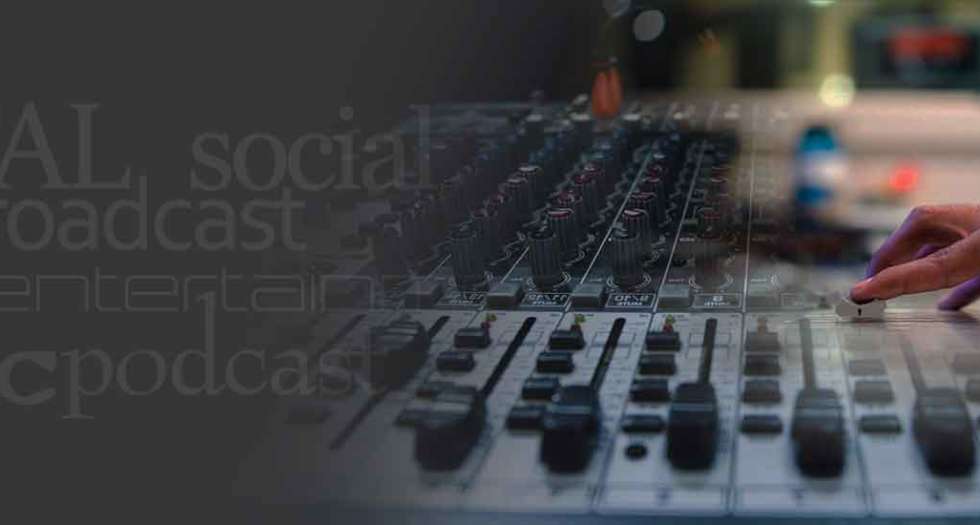 The REAL Truth About Radio 2022

By Lee Abrams and Dave Charles

State of Radio is an important reconning from Radio and media Guru Lee Abrams. I want to share with you some of his observations in a recent piece he’s published. Although Lee’s worked radio/TV and Print, mostly in America, I engaged Lee to work for my clients in Australia and Canada over the years because he is a true strategic radio warrior. This piece from Lee is timely and worth your attention. You may not agree with some of his comments, but, my advice to you is DO NOT IGNORE THEM. There’s America radio station references in his piece that some of you may not be familiar with. There’s many examples of Radio stations in Canada such at The Spirit of Radio CFNY fm. 1050 CHUM, 1045 CHUM fm, 630 CHED, CFOX and CFUN Vancouver. 92 CITI fm Winnipeg, JACK fm, Q107 Toronto, 97.3 BOOM fm, CHOM fm Montreal that lead radio creativity through the years.

Radio is in an undeniable position of strength in terms of accessibly, but as a fan of the medium, it has the potential for long term extinction in its current form. Overly dramatic maybe, but there are a lot of red flags that need to be addressed. Have a read of what Lee Abrams thinks.

MERGERS, WALL STREET, THE ECONOMY AND ACQUISITIONS:
If you observe the radio business, the conversation is focused almost exclusively on the economic side. But, when was the last time you heard or read about a radio content war, or a station that’s tearing up a market with a new sound. Content brilliance needs to be part of the conversation. If the excitement in radio is all about the deals, where does that leave the listener who could care less about who owns who. ‘Death by deal’ is a real possibility as media’s eye is SO far off the content ball, that we simply can’t compete to win in the Google/Apple era. The business side is what makes it rock, but content is what makes it roll, and you need both. Deals will be done, but it’s the magic that comes out of the speakers and screens that’ll move things forward, and that needs to be the conversation every bit as much as the economics.

THE RADIO PLAYBOOK HASN’T BEEN UPDATED IN 40+ YEARS:
I heard a “new” Rock station recently and they presented;
–A “big voice” yelling at you about how hard they rock (that worked in 1979 when rock stations needed to re-enforce their manhood against the disco invasion….but that’s over)

–Star Wars laser sound effects complete with ‘man in the box’ filtered effect. (The Empire was destroyed in the 70’s…time to move on..if radio is “theater of the mind” I heard theater of the lame)

–Blocks, Two-fers, commercial free sets (Another relic of the 70’s. That was 40 years ago)

–Lunch. Not sure if it was a retro lunch, an electric lunch or whatever, but it was a “lunch”

–A station van. Cool in ’71 when hippies carried their pot and guitars in vans, now a soccer mom symbol that defines not cool drives a van

Some stations remain stuck on a 70’s focus group auto pilot. We’re in the era where competition from other music sources is on steroids, but radio is in the “X108 plays more variety’ era. The Simpsons and Onion parody this stuff. Stations should install cliche buzzers—three buzzes and you’re fired. That should thwart “new” ideas like “The LONG Lunch” Of course this station was raving about how cool they were. Embarrassing.

THE STARS OF RADIO BY ERA:

God bless bankers, but we are in a creative crisis as much as an economic one. Time to recruit, enable and inspire creative content stars, and not just Talk hosts… but content creators. Radio seems to hire based on purely operational aptitude, driving those with heavy creative aptitude to other industries. That 19 year old creative star will probably look at TV and Radio as the last place they’d want to be. This is a problem IF media has any interest in entering the content war. We have to make our media a creative oasis for thinkers to thrive. Read a job posting from any major traditional media company. Sounds like HR hell. Then read the Apple postings. Wonder why they get the future stars? Where are we finding and encouraging the next generation of radio creative stars?

It’s a content war out there and Apple/Google seem to have the advantage. But Radio and TV have the eyes and ears. Without a balanced people/function configuration, you’re doomed to lose.

Radio needs STARS in;
-Business
-Revenue
-Technology
-Operations and Creative.
I’m not talking about Morning Shows. I’m talking about creative leadership that, though actions and execution, create a creative priority that is equal to revenue priority. Working in sync to win the battle. I recall waking into a TV station and seeing a mission statement in the lobby. It included lines about being cutting edge, innovating, leading, etc…. I asked the GSM if this was true. He smirked and said—Nope compete BS. Those statements exist throughout media.When you hear “Content is King”…run! It’s not king. Revenue is AND Content drives revenue.

You hear a lot of;
–Spotify only has a small share of listenership. Ha Ha
–Radio is great. When a tornado hits, you don’t go to Spotify (Maybe not yet, but then again, what about the 358 non tornadic days?)
–We’re #1

STOP! If you’re talking to agencies OK. BUT—internally….STOP! This stuff sounds like General Motors in 1980. We are at the most dramatic crossroad in Media History and to be self congratulating with denial and arrogance is frightening. It’s NOT OK…it’s war. You’ve got to pull out the weapons, kill the denial and start creating content that’ll win on 21st Century terms. The denial and arrogance is deafening. It’s worse in Radio/TV than newspapers where they still think it’s 1935.

THE DIGITAL EXCUSE
Digital is now…and the future. Pretty obvious. But–it’s often an excuse. A short cut that undermines the REAL issue—Dated and tired 80’s rooted content. If a station is tired and dull, a new App won’t magically make it great, but that’s the thinking out there.

You constantly hear how a product is “moving forward” and entering the digital space. Well, that’s simply survival. What is being avoided like the plague is the core product…the brand itself. Fix the product first. I recall being at a newspaper and they were raving about their innovations and it was stunning. But when I asked about the printed paper, I got blank stares and a “we can’t touch that…it’s sacred” response. Same thing in radio and TV. WHAT COMES OUT OF THE SPEAKERS OR SCREEN is the problem that won’t be fixed by migrating it to online/mobile. Take TV News. It’s laughably dated with the Ultra Doppler super action weather, NORAD sets and big haired modern Ted Knight anchors. Will migrating that to Ipad save the day? Of course not. Fix the product first. Get the product in sync with 2022 before you start praying the delivery system will save you. Then there’s “interacting” with your radio. That’s great, but not at the expense of the listening experience. Listen first…then interact. No one wants to interact with something tired and increasingly irrelevant.

Seems there’s some secret law that says a Technology company can innovate daily. Version 2, Version 3, Upgrades, White IPhones, etc… Radio? Same playbook with new slogans. Even TV and Fashion has “New Fall Seasons”…radio is on innovation autopilot at a time when, to prosper in the Google/Apple era you need to innovate DAILY. American media is getting beaten by the Phone and Cable companies in terms of innovation. That’s wrong.

Radio has become a stagnant commodity hoping a new App will fix everything at a time when Tech companies have embraced the 21st Century. This ain’t 1975 where you plug in a format and go. It’s a new world requiring constant updating.

YOU CAN’T ABBREVIATE MAGIC
New station launches: “We have AM Drive, billboard, a tested library, some promos and an App—we’re good to go”

HUH??!! You can’t design the future until you understand the past. Look back to KHJ, KCBQ, THE LOOP, KFOG and scores of other ground breaking stations. They created a plan—completeness. Schwartzkopf style planning…a mission. Right down to how the receptionist answered the phone. Some say this/I’m old fashioned and you can’t do that today. Why? Is media so full of itself that a great game plan that REALLY reinvents is old fashioned? I’m one that believes ANY old media product can reinvent itself and kick ass in any market. Money? Imagination is free. In fact, the most passionate and gifted people are the ones you want in there, and they’re not about money. Of course media is driving them away. Winning media wars is hard. It takes emotional and managerial command. Media has to stop living in the Ad Club world and create teams that fight for brilliance…and deliver.

Media is entertainment…not utility. In some cases both, but always entertainment. The environment is too cluttered to think call letters, history and an abbreviated game plan will win.

Rock and roll is arguably on life support as is music radio. It’s may not be apparent yet, but when it starts looking backwards, the best days are behind it. But that’s OK, you can learn from it and build on the NEW Rock n Roll. By Rock being dead, I mean as a driver of culture. Whereas Elvis drove culture, nowadays it’s Facebook…and News. The world is having a nervous breakdown and that’s what s moving the culture. I doubt if a new Beatles will emerge that make everything right…culture is all about media and information. BUT–The M.O. of Rock n Roll is timeless and we need Rock n Roll THINKING, regardless of format or style. The characteristics of Rock n Roll thinking include:

ECCENTRICITY…all the way to the bank.
INNOVATION as the driver of everything you do.
ATTITUDE…a true spirit.
SWAGGER…a sense of real confidence.
NEWNESS…the struggle to be first.
BIG…MASS appeal.
RE-INVENTION… a desire and motivation to create fans not USERS.
POWERFUL…culture moving.
CHANGING…always pushing forward.
COMPETITIVE…fighting for success.
ARTFUL… creating commerce through art (art is not a bad word unless it’s bad art)
INSTINCTIVE…not relying on yesterdays information.
REBELLIOUS… again, a fighting spirit intelligent…in a mass appeal way.
NON ELITIST…for the masses.

IN SUMMARY….
Get back to the roots. What a listener/viewer hears and sees from the speakers, the screens and on the streets. Stop with the excuses—Everything will be fine when the economy improves…we have a new App…We’ve been here since 1942….we’re local because our tower is here. Radio has one incredible thing going for it—Reach. Everyone has a radio. Radio and TV are in a position of strength. Just imagine if EVERYone had a Mac. Do you think Apple would call it quits? Radio and TV have, as mediums, given up the content fight at a time when THE MAGIC OF WHAT COMES OUT OF THE SCREENS AND SPEAKERS is more powerful than ANY technology. Combined with technology, it’s untouchable. Time to get on war footing and start to create the magic on 2020 terms. 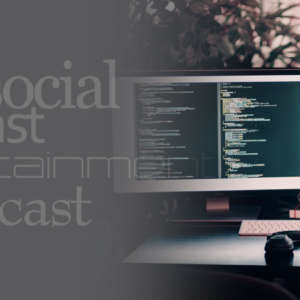 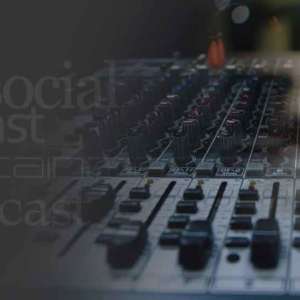 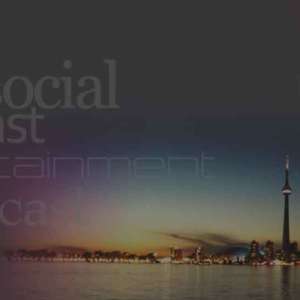